This third collaboration between French publishing house Tanibis and comic book artist Paul Kirchner is a collection of the artist’s works, most of them initially published in counter-culture magazines in the 1970s and the 1980s and some dating from his return to comics in the 2010s.

Roughly a third of the stories star Dope Rider, the pot-smoking skeleton whose psychedelic adventures take him through colorful vistas equally reminiscent of Sergio Leone’s spaghetti western films and of the surrealistic paintings of René Magritte and Salvador Dalí. These stories were originally drawn for the marijuana-themed magazine High Times but were also for Kirchner an excuse to create his very own brand of visual poetry.

An other third of the book is a miscellaneous collection of comics whose stories range from the loony (the sextraterrestrial invasion of Earth in “They Came from Uranus”) to the satirical (“Critical mass of cool”) and the outright subversive (if you ever wondered what games toys play at night, read “Dolls at Midnight”).

This book also features a broad selection of the covers Kirchner made for the pornographic tabloid Screw in the 1970s.

Awaiting the Collapse finally contains a previously unpublished essay by Paul Kirchner about his career and his influences, which helps put in perspective the works published in this book. 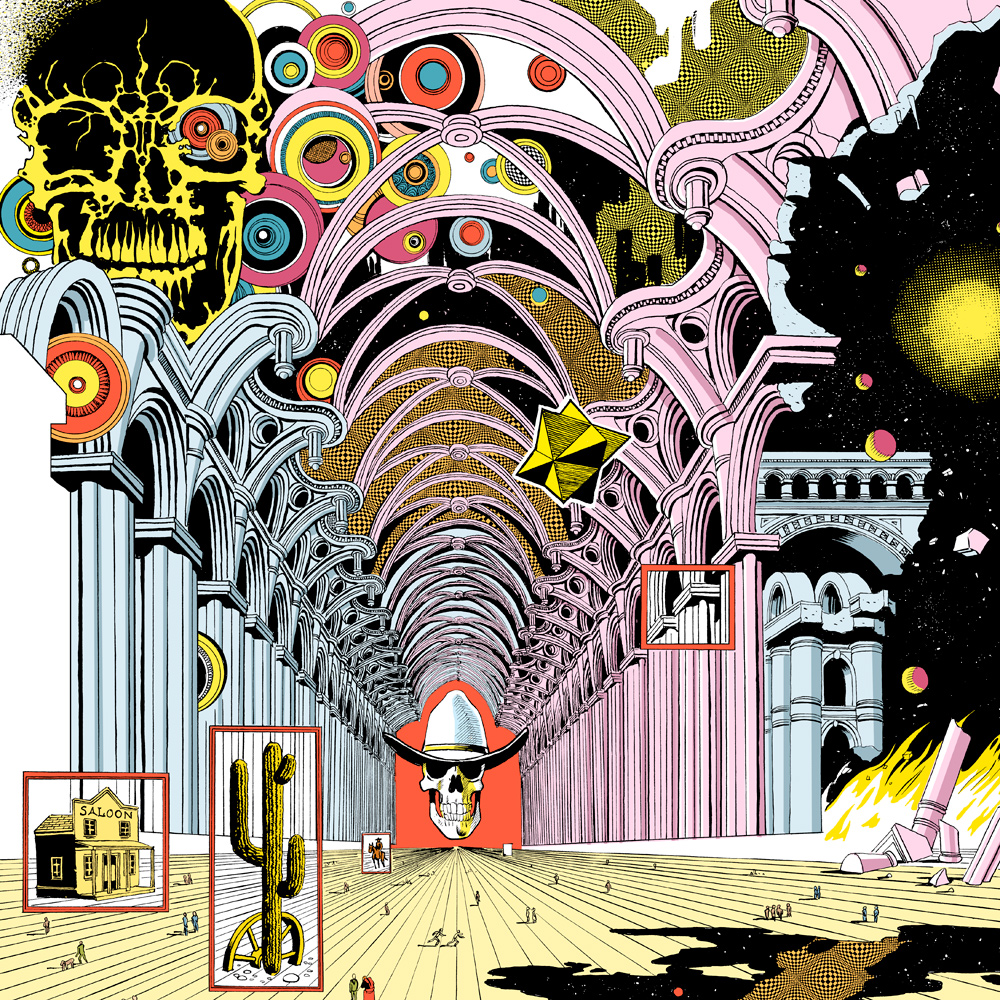 « Awaiting the Collapse is an important book, if only because it collects material that would otherwise be scattered among dollar bins and collectable back issues. It’s also a striking portrait of the views and visions of a certain counterculture that seems to have faded with the times. Above all, though, it is a glorious salute to one of the best, yet unsung stylists of modern comics. »

« Paul Kirchner’s work does not get much attention in the comic book world as most of his art is outside of the traditional comic books, but this book is a great way to see a true master’s work in one place at last. The art is beautiful and the storytelling is truly unique, in a most positive way. »

You can read 19 pages of extracts by clicking on the thumbnails and navigate with the arrow keys.

You can read this e-book by clicking on the thumbnails and navigate with the arrow keys.